A growing list of clippings and reviews of my comic book work: 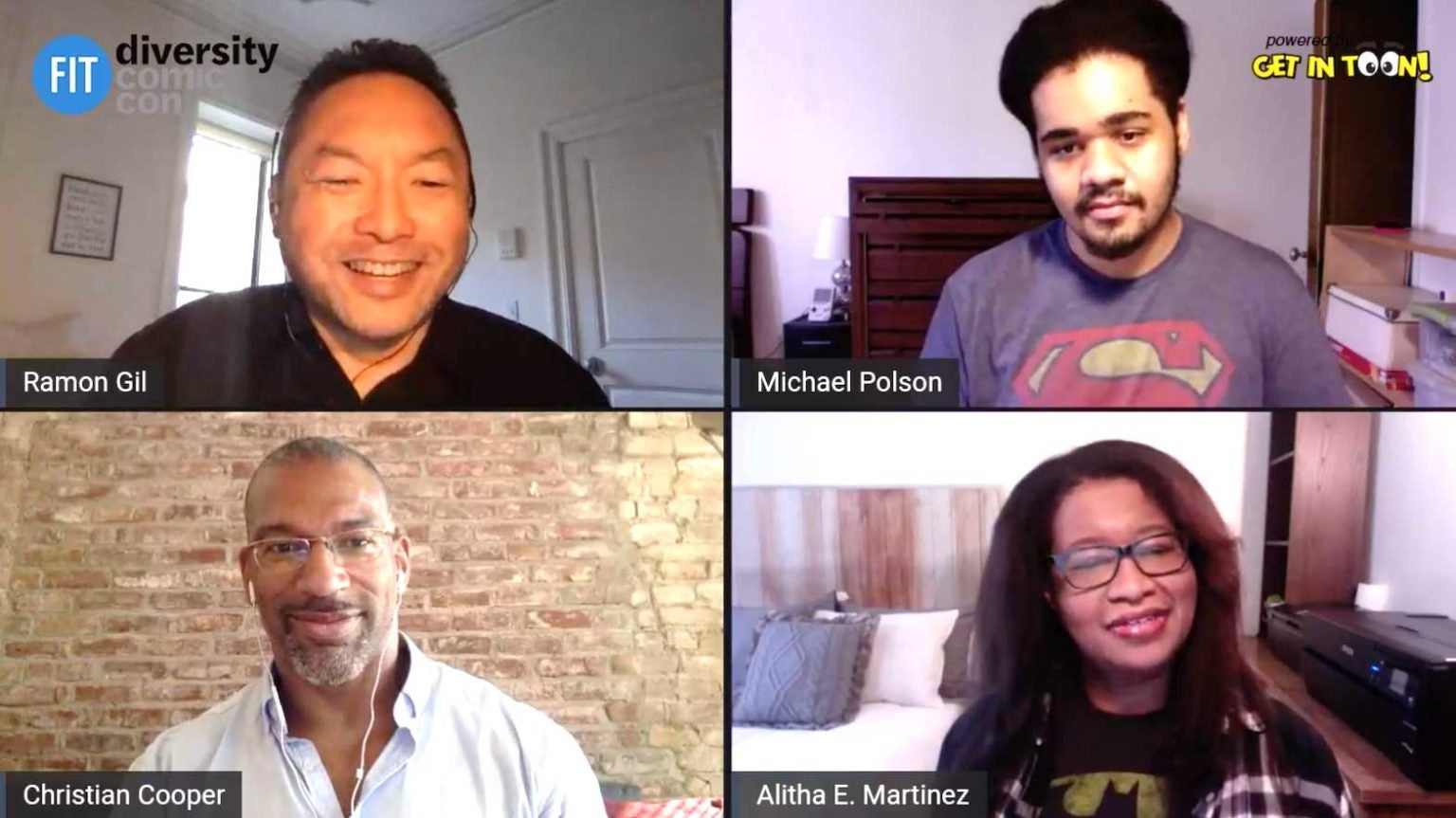 An article about how the 2020 Diversity Comic Con was more social than other virtual cons.

A fun conversation with Michael Grassia of Incredichat and Get in Toon!

A great conversation with the great JD Calderon!

Quite an honor to be mentioned in the company of these awesome creator!

Creators of Color Fight Back!

Big thanks to Richard Vasseur for the kind words about Scifies! ComicsVerse does a pretty good review of Senturies #1. Great feedback from Mara Danoff!

Also got some love from First Comics News, Jazma and The Comics Experience Blog.

Bleeding Cool | March 2017
Bleeding Cool ran an interview with Fabrice Sapolsky, creator of Intertwined, which I did some guest writing on. Click here to read the piece. I met the nice folks over at Pop Culture Uncovered at Baltimore Comic Con and got interviewed on my views on Diversity in Comics. You can read the review at www.popcultureuncovered.com

Comics Experience | June 2016
The Comics Experience Podcast did a whole segment on my submitted question “Do We Still Need Publishers?” I got some nice mentions too! Big thanks to Andy Schmidt and Joey Groah!
Listen to the Podcast!

Sugar Cayne | November 2015
Got invited to the Urban Action Showcase in Times Square. It was actually more of a Martial Arts convention than a comic book one. The testosterone levels were dialed up pretty high compared to a room full of comic book geeks.
Check out the full article!

Chaos Generation | September 2014
While at the Baltimore Comic Con, Gil Vary (No relation) came by and asked me to talk about Scifies. Gil is a great advocator of indie comics and I thank him for helping me spread the word!

System Eight | November 2014
This was during the New York Comic Con right after my heart bypass surgery. Be warned, I show off my scars!

Comics Experience | December 2014
A great write-up about the anthology “Out of the Blue-A Collection of Strange Stories” from Stache Publishing.

The FilAm | May 2014
Another write-up from The FilAm By Christian DC Pastor.